These great bundles are still available online! Start your holiday shopping now for the persona in your life that is always on the go and needs to stay connected! 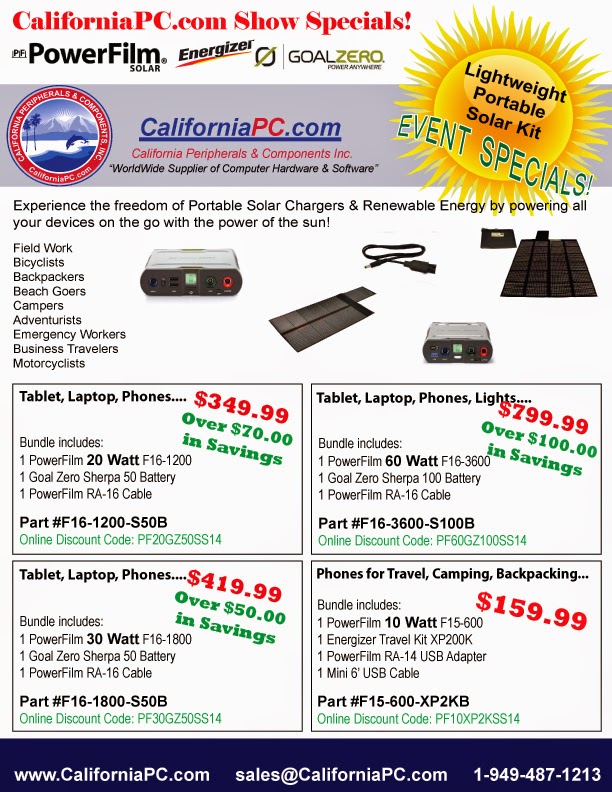 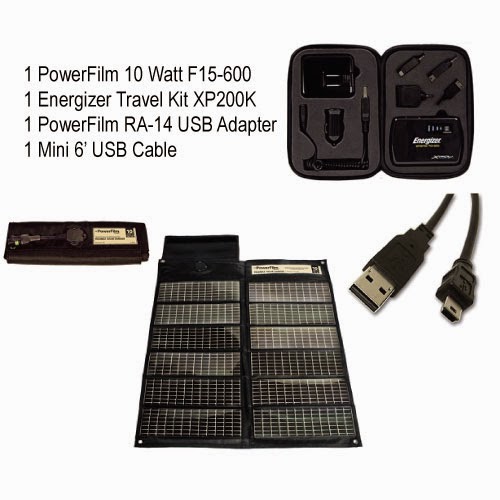 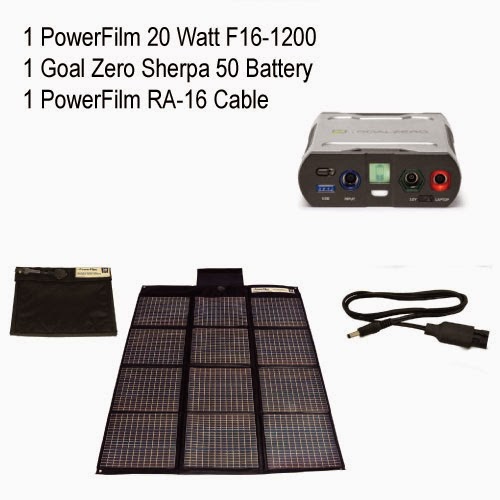 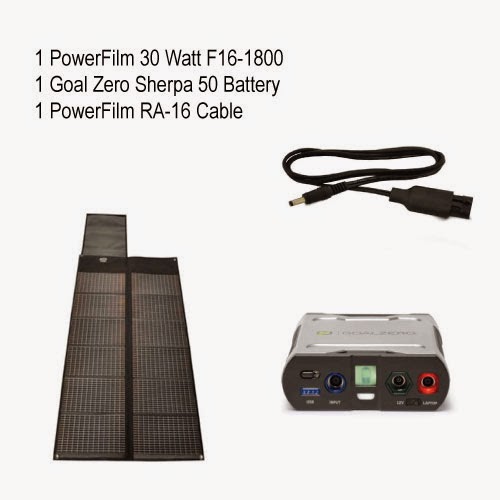 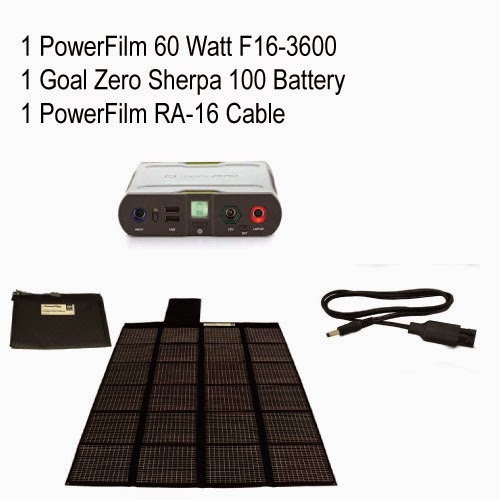 Posted by CaliforniaPC at 3:21 AM No comments:


Check out this great blog article on the use of a PowerFilm Portable Solar Charger for the use use of photography! 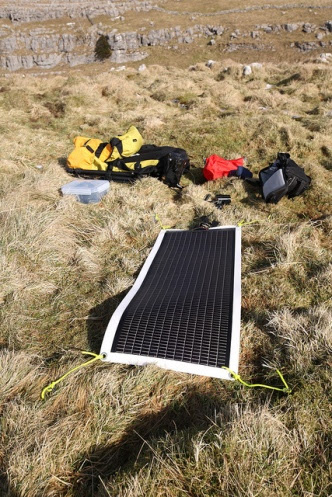 Photo: Testing the Solar Charger
The second (and final) test I did was a bit more scientific. I wanted to get a fair indication of how long it would take to fully charge an LP-E6 battery using the solar charger. I picked an ideal day in May – there wasn’t a cloud in the sky and the sun was beating down. In this test it took 58 minutes to increase the battery charge by 25%. That suggests that under ideal conditions, it would take around 4 hours to fully charge an LP-E6 battery (rather better than I was expecting).
Performance In The Wilderness
Unfortunately, my intended trek in Pakistan was cancelled at the last minute, and I opted to climb Mount Roraima in Venezuela instead. This was only an 8-day trek (rather than the 22 days that the trek in Pakistan would have taken) but I decided to take the solar charging kit with me to see how it performed under really testing conditions. My plan was to use the charger to top up my battery(ies) in the mornings/evenings in camp, and also during lunch breaks. In that way I hoped to get perhaps three hours a day of charging time.
There were a few factors that meant I didn’t get to use the charger as often as I think I would have done in Pakistan:
• Our lunch stops were much shorter than they would have been on a Himalayan trek (often we just had a packed lunch).
• As Venezuela is in the tropics, it gets dark very early in the evening, so there was not much sunlight left after we arrived in camp.
• The top of Mount Roraima is often shrouded in cloud
Despite these problems, I did manage to do some charging with the solar panel, especially on the trek to the base of the mountain, which crossed the savanna where it was both hot and sunny. 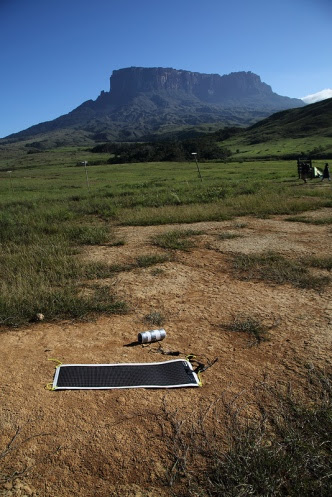 Photo: My Solar charger with Kukenan Tepui in the background (Venezuela)
There is no doubt that the solar charger worked and it did increase the charge on the batteries that I used it on. However, I did hit an unexpected snag. I found that the Canon charger would for some reason (even in strong sunshine) occasionally enter an error state where the charging light would start flashing orange rapidly. The only way to restart the charge was to unplug it and plug it back in again. This was not ideal because my aim was to really just be able to leave the charger out in the sun and forget about it, whereas I had to continually check on it to make sure it was still charging. I spoke to Canon about this problem and they could not really identify what the fault was. Apparently the Canon brand charger is so expensive because it contains a lot of electronics designed to protect the battery from incorrect voltages. I’m still not sure why this would have caused the fault, but it is possible that the charger was getting too high a voltage in the very bright tropical sun, or perhaps overheated. I could not replicate this fault back in the UK (where the light only flashed orange when the sky clouded over and the sunlight hitting the panel dropped right off). I intend to do some more testing soon, but this time using the 3rd party charger, which might be a little less ‘fussy’ about variations in the output from the panel (but possibly at the expense of the longevity of the battery).
Conclusion
There is no doubt that solar charging is practical and does work, but I think my system just needs a bit more testing to get the best out of it. There really is no other option for very long treks in the wilderness and I think that over time the high initial outlay will probably pay for itself in battery costs. However, until I get the bugs ironed out I will still be taking a healthy supply of batteries with me on very long treks.
The above article is in no way affiliated with Californiapc.com, nor is an endorser for this company. It is simply an article of relativity to our products and interests.
For more information on PowerFilm Solar and similar products go to www.CaliforniaPC.com, sales@californiaPC.com or 1-949-487-1213.